“The TRG has contributed greatly to the Conservative Party over the last 30 years and is central to where we need to be in the future… your core beliefs in ‘freedom, individual responsibility and community’ matter now more than ever” (Rt Hon. David Cameron MP, Summer 2009). 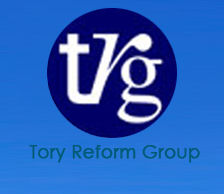 This entry was posted on Ottobre 22, 2009 at 3:00 pm. You can follow any responses to this entry through the RSS 2.0 feed. You can leave a response, or trackback from your own site.